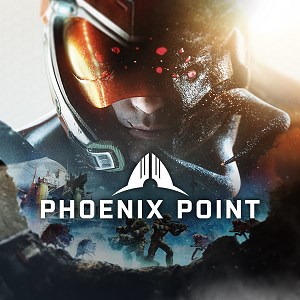 Non-human enemies don't feel varied. Most of the enemy types are met within the first few missions. Mutation combinations don't feel like they add to the variety.

More kind of pandorans and mutations :

- giant horseshoe crab : can be used as vehicle (so can carry one or two normal size pandorans using bags inside and tank with big armor using stingers as distance weapon (long and sharp tail)

- electric eel : can do close combat damage and/or paralyse. Can be quick but weak because of lack of armor.

- giant octopus (heavy) : cannot use human weapons but have variety of armors (shells, old amphoras, and so on, boat debris, depending of the armor quality), can use tentacle to strike at close range but have a natural big siphon to throw a huge amount of water under pressure do to damages and stun (as an heavy trooper can do)

And some additionnal mutations :

- fiddler crab (as a new unit or an arthron evolution) : throw his big clow like a boomerang. Can strike two ennemes at once if lucky and can stun. Cannot use this abilitiy twice in a raw.

- Arthron evolution : sponge sheild (light weight so more mobility), usefull against classic black powder ammo but week against others. And in reverse, use the solid sheild but with mobility reduction.

- Triton evolution : dendrobate skin : have a flashy marbled skin and be able tu use his four arms to grip the player, the skin is toxic as poison and add poison each turn you dont shoot the triton.

- Chrirons : mother or clams : throw some razor shells on the battlefield. There are difficult to see when thrown and they do holes in the ground as we can't detect them easilly. So it become mines when we walk on it. Can be detected with good detection and does not count if they are the last to end the fight. Evoleved version can be bombs but we are aware of explosion one turn before.

Hello everyone, was suggested to leave feedback based on a post I made on the snapshot forums so here goes:

I like the pelagic horror theme of Phoenix Point, and to add on to that, I think a cool addition would be a sort of Giant Mantis Shrimp mid-sized enemy.

These animals are known for their “fast as a bullet” punches using their specialized forelimbs to crack open crabs, clams, or knock off claws, it’s pretty metal. Plus they’re kinda creepy (or delicious) looking depending on your disposition on seafood lol

As far as I know (haven't completed the game) there aren't any Pandorans with a strict melee-oh gawd I have to kill this thing asap- niche (Stompy chirons maybe?). Kind of like the berserkers from Firaxcom. It'd be pretty terrifying to encounter a Mantis Shrimp Pandoran (stealthy but squishy?) that threatens a close range "snap", that could crack open a heavily armored squady or vehicle like the crabs they prey on IRL.

Players can watch in horror as a Pandoran Mantis Shrimp swoops in from the darkness, stuns a squady, and carries them off to be eaten. 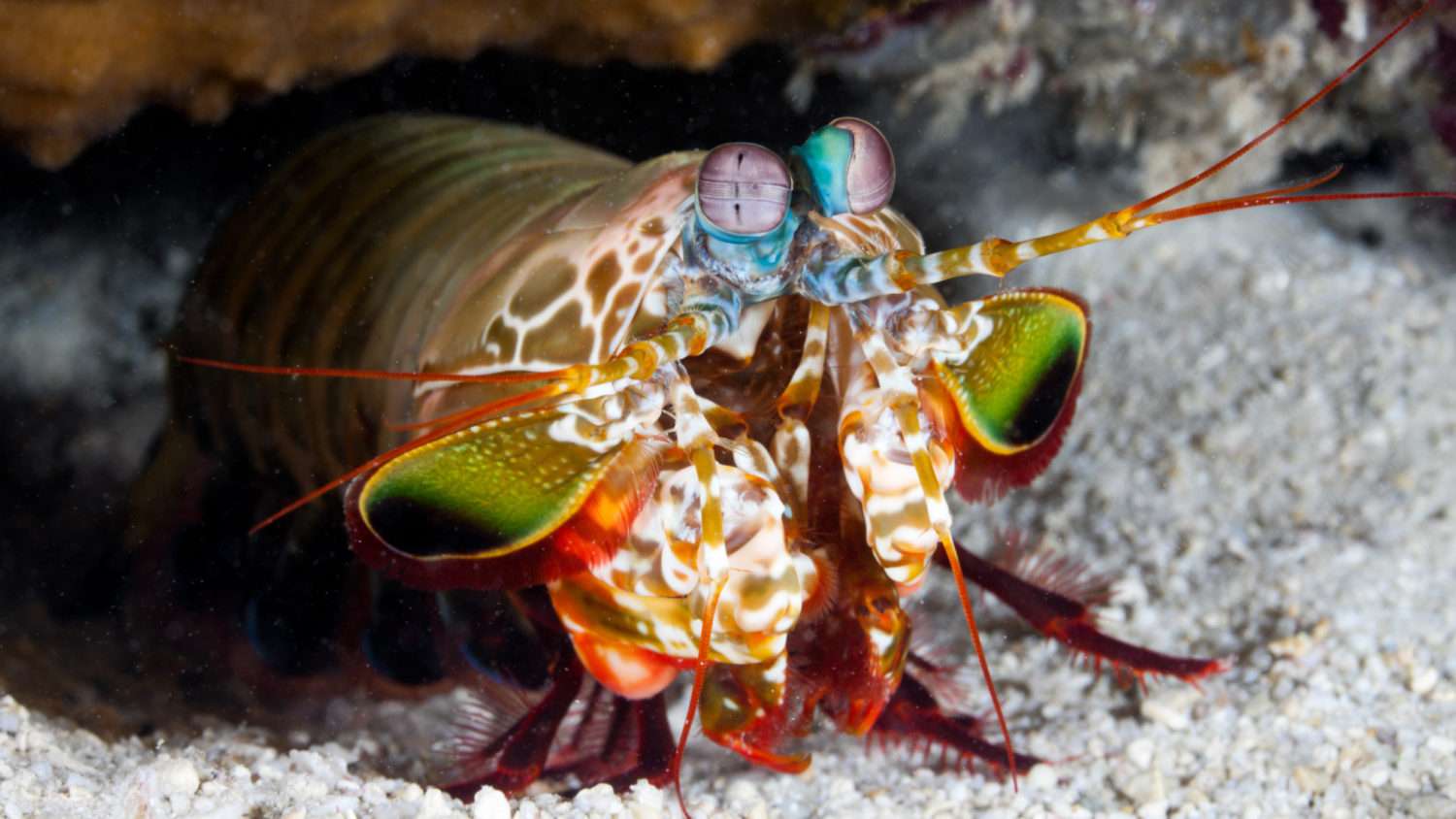 I feel like another type of enemy could be centered around targeting your soldiers equipment, either by stealing them with some sort of midrange appendage or by going in actually consuming the gear.

The idea was a cross between a barnacle and a termite, but instead of chewing through wood they focus on metal and are a nightmare to handle on scavenging mission because they will directly target the loot crates, before engaging in your soldiers. Counters to their abilities would be to either focus on organic weaponry/ mutation abilities or fuse the weapons into the soldier through specialized cybernetics/ weapons.

Lore wise these creatures are designed to “process” inorganic material into durable biomass that makes up part of pandorans structures.

Even though the mutation system is great, it is not exactly a hot-take to say, that the Pandorans could use some more unit diversity. And they could use a new mechanic except "shoot-and-cover".

I would suggest an underground unit that has a proximity trigger. For the sake of this proposal let's call it the "fungus-man", although any appearance and abilities are possible.

The "fungus-man" would change up the game dramatically, cause these hidden units mix up the game experience from the strictly overground units that once discovered all carry a sound echo. The fungus-man unearthens when a PP-unit comes within X-tiles (10?) of its hiding place. The possibilities are numerous:

1. A heavily armoured unit that roots the running soldier in place, unit it is killed. No more senseless dashing around the battlefield, because you might get rooted in an open space at the end of your turn, drawing fire.

2. Another suicide unit that unearthens and, in the next turn runs towards the next operatives to explode in an acid/fire/poison-cloud. Though similar to the worms mechanic, the fungus man spawns within the players turn

and needs to be taken down with what shots are left. The killing is more confusing than with the worms.

3. Really anything, that pops up the ground to ruin your plans.

I think PP would really profit from such a surprise unit that a player can unknowingly trigger during his/her turn. Otherwise there are few surprises, because you monitor the movement of your enemies and can plan ahead accordingly. But only one fungus-man popping up forces you to readjust strategy mid-turn.

Lore-wise this could be integrated without any issues. Some semi-intelligent fungus that developed as part of the changing eco-system (mid-game). Maybe a subterrainian version of the egg pods, or any number of things. You'll figure something out :)

Of course the factions could offer some countermeasures to these ambushers: Sensing them (Desciples of Anu), Scanning them (Synedrion). New Jericho would field a WKII inspired Hedgehog minethrower that would launch 24 small clusterbumbs shaking the ground flushing out underground fungus man. (those would not do a whole lot of damage to overground aliens though. It's a decetion system, not a weapon).

I do realize that this is no small fee, but I hope I could show all the benefits a unit that spawns mid-turn could have on the game. Lore- and gameplay integration should also work.

Yes, and some of the mutations like shield on Arthrons are quick to become obsolete after HP & Armour upgrades render them useless. And that the Arthron quickly establish machinegun & launcher plus max HP and Armoured units as the best ultimate mutations. SnapShot should consider HP & Armour upgrades as well as weapons they equip costing the base unit other stats like mobility, perception and accuracy. Example: Add Armour to Arthrons but at a cost of mobility, so now shield is still somewhat useful.

To emphasise the distinct flavour of each type of Pandoran perhaps their mutations (mix max) could also be limited to the scope best suited to their functions. Example

1) Arthrons mutates HP & Armour at a cost of mobility and numbers.

reposting what i said on another thread bc relevant - there's also the fact that all pandorans of a particular type feel completely identical, because PP has an obnoxious tendency to max everything to the high limit, in terms of pandoran units, hp/armour of individual body parts should vary within 20% both up and down - the occasional extra strong and extra weak points would make it more interesting and allow for tactical opportunism and 'oh fuck' moments, instead of the crude max figures of the current evo state it has now, seen one arthron, seen them all.

It’s really strange that pandorans have such a small biological diversity of species with such a large genome of the virus: Arthrons, Tritons, Sirens and Chironas, a pair of insignificant cockroaches and a rare Scylla. It’s also boring. I believe Mr. Gоllop's team has a richer imagination! ;)

Having BIG enemies is a BIG plus to this game. You are impressed, when you see and beat your first Chiron ... and than you encounter the even bigger Queen...

would be nice to have another big enemy to work with (maybe once in a while more interesting, than 3 sirens, and dozens of Arthron /Tritons )

Enemy variety would be greatly helped by adding one or two more base types of Pandoran to the mix. I would REALLY like to see those "Crawlers", i.e. the grasshopper-like creatures with two enormous legs and the rest of their body dangling between, hands disfigured into claws. Those could be fast melee creatures meant to close the distance and get in our faces, like Chryssalids were in X-Com.